Munster Masters XC:
We had a very successful day down in Clarecastle last Sunday. Our Masters mens team retained their title that they won at the last hosting in 2019 in Beaufort. With Donal and Graham scoring on both teams and Micheal Harty and James McCarthy added their considerable support to the team they wrapped up the title comfortably with 39 points ahead of Leevale on 82 points.

Michael followed up his county win with another good performance and winning the overall race in 23.17. Michael tracked John Kinsella of Bilboa AC through the first half of the race and then opened up a gap in the final lap to take the title. James was next home in 5th overall (2nd M35). Donal and Graham had a big battle and only 2 seconds separated them in the end. Donal was 16th (6th M35) and Graham was 17th (5th M40). Stephen was just behind the lads in 21st (8th M35). Michael, James and Donal also scored on the gold winning Cork county M35 team.

Niamh O'Connor was our only representative in the womens race and ran a solid run to finish 22nd (7th F40).

Liam also ran the Glenville 4 mile and broke the 24 minute barrier with 23.56.And in the longest race so far ran for East Cork Chris McGrath ran in the tough conditions in Clonakilty half marathon in 94.09.

We will have a mens team with Paul, Donal, Stephen and Chris signed up. We should have a few in the womens section too (but as none of them were at training this week I was not able to find out!)

Congrats to Tim on collecting the prestigious Cork City Sports athlete of the month award for October. This is given out on merit for outstanding individual athletic achievement. Tim collected the October award but has been building for it since the turn of the year when he came a lowly 4th in the East Cork AC 5k time trial. However since that day he has amassed 9 victories in 12 outings with the pinnacles  being the County Senior XC and Munster Senior XC titles. He won both these in style beat some top class opposition both days.

Tim is also the current East Cork Road and XC champion and took masters victory in the competitive Autumn Open XC in October too. Interestingly he was pipped by newest club recruit Frank O'Brien in the East Cork track championship over 5k. But Tim rebounded by going on a rampage in the summer months clocking some truly eye watering times over 5k and 4 miles:

Congrats again for an award that is much deserved. A few pictures below too to mark the occasion:

1) Tim and Liam trying not to laugh as they share a private joke.

2) Tim with wife Eimear and daughters Chloe and Éabha

3) Tim with all the City Sports board and dignitaries 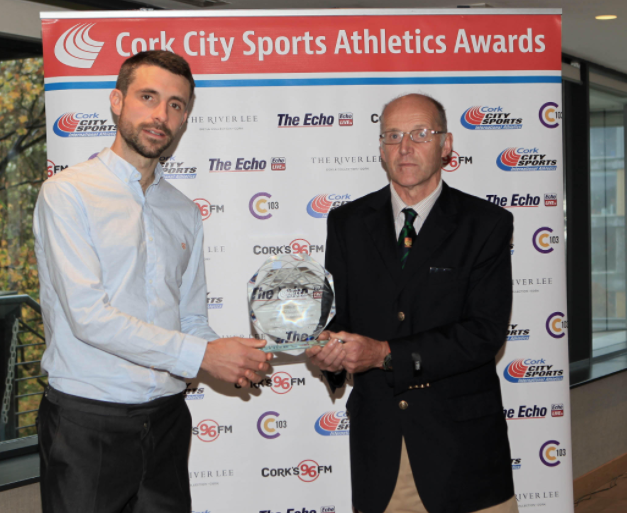 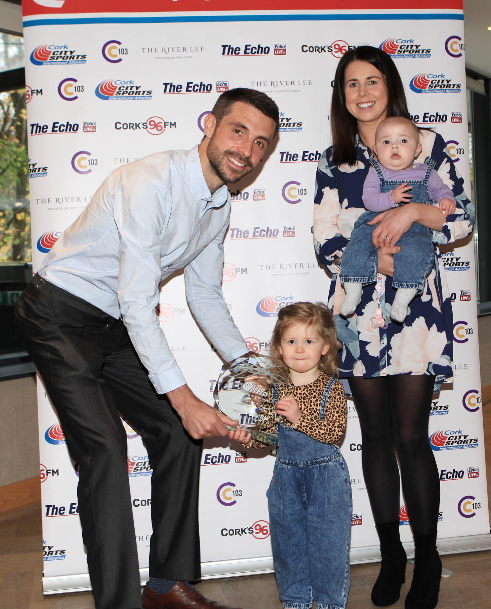 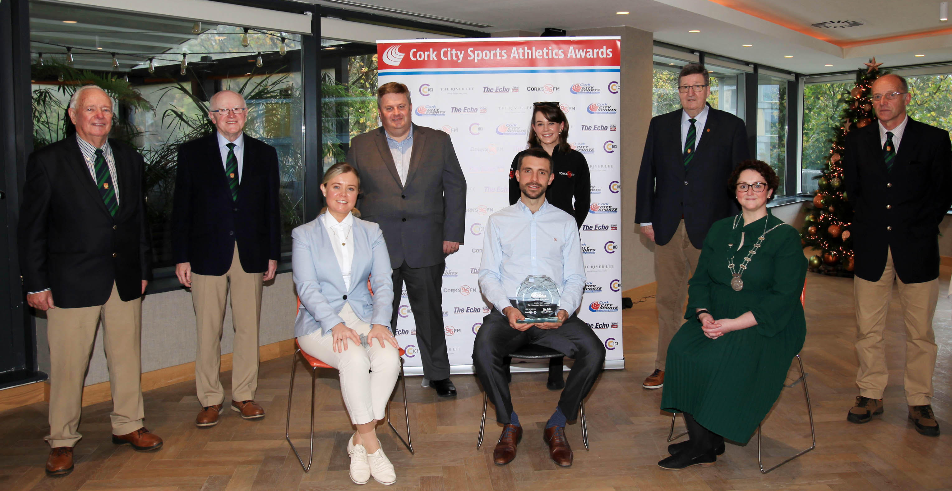 Paul Hartnett was first up for us in the Junior Mens race. Paul, suffering from the flu all week, was off his best and finished 22nd overall. His training has been excellent since the end of the summer and his dedication and consistency will show through. He'll have an opportunity to bounce back at the National Novice in a few weeks.

Norah after racing County Novice B last week went to the other end of the spectrum to race double the distance at the national senior level. This was her first XC race at 8km and ran well finishing 87th overall and 19th U23.

Tim, like Paul suffered from the flu all week, was also off the form that won him the East Cork, County and Munster titles. He finished 43rd in the end but can hold his head up high after an exceptional cross country season. Frank made his long awaited debut for East Cork. As has been the case in his races in England recently Frank continued his streak of being closer to triple digits than single digits in the race results with a 79th overall and 24th U23. Kevin also took part and finished in 123rd. Unfortunately we did not have a 4th to field a team. Tim and Paul both scored on the silver winning Cork teams so at least we did take something home with us back down the M8.

Norah put together a new age hip Instagram video of the races. We have now entered the 21st century as a club! Updates of different club activates will be posted here too in future.

- Munster Masters XC: November 28th in Clarecastle. Hopefully our gold medal County team can go and add the Munster title to their resume on Sunday! 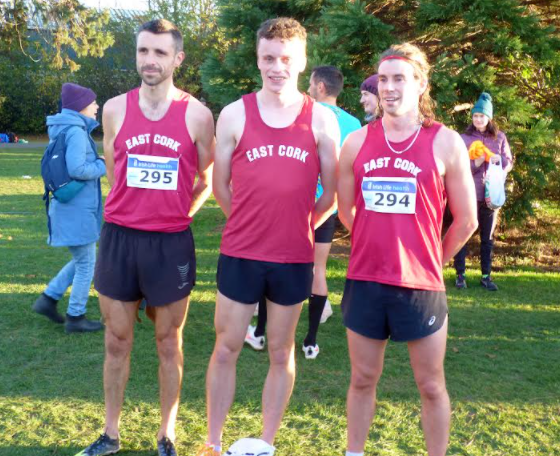 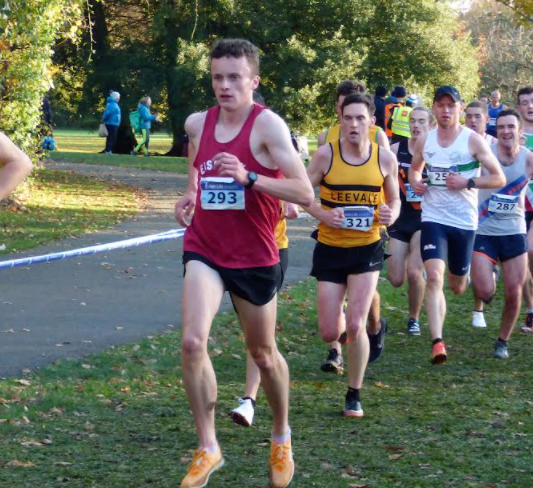 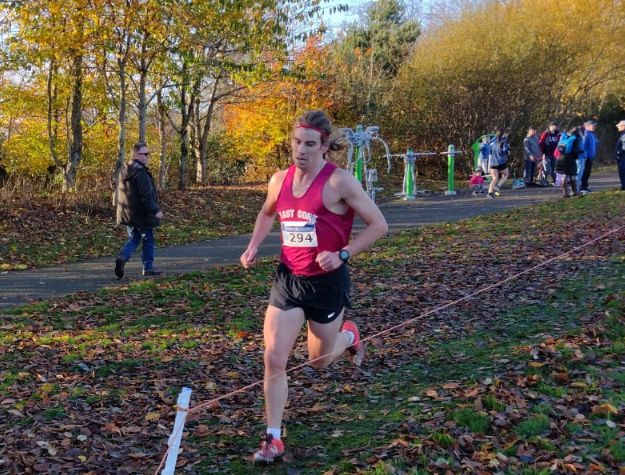 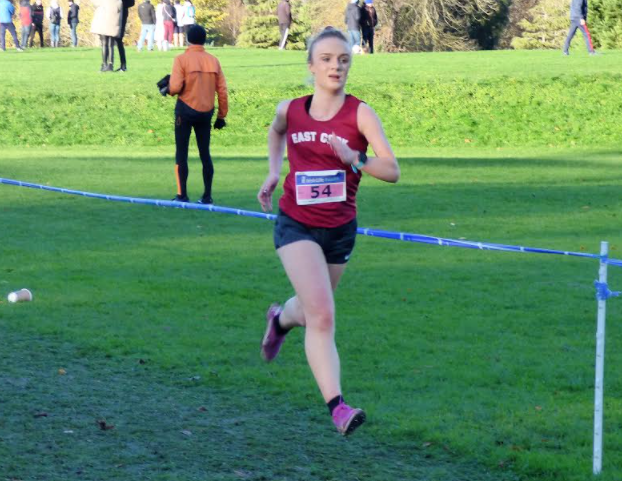 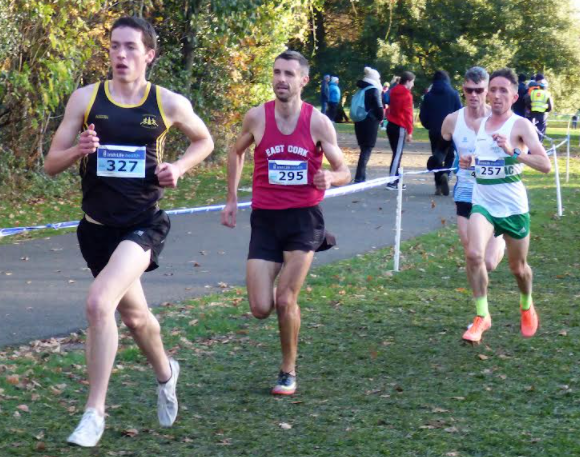 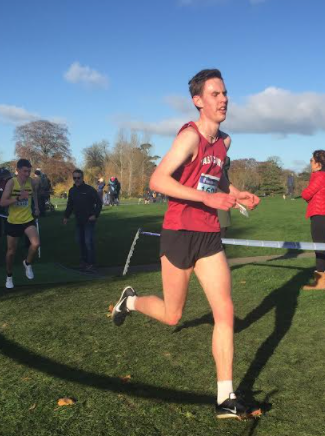 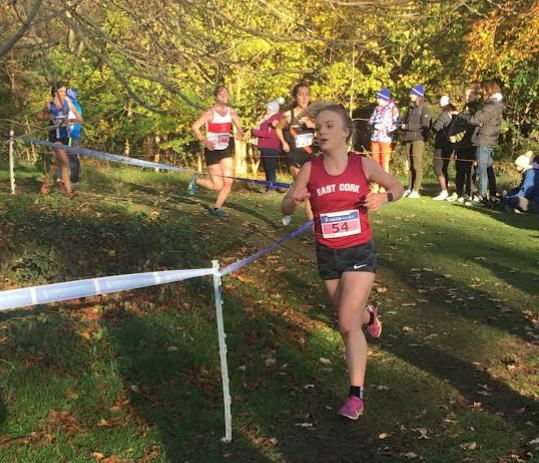 County Masters and Novice B:
The county masters and Novice B was held together as one race last Sunday in Dungorney. We had a bumper number running with 18 overall and came away with 3 individual medals and two team medals!

Michael Harty continuing his comeback, ran a strong race to pip fellow M40 Paul Moloney for the overall win. Michael also lead our mens team to the team title. Interestingly Cork athletics used times as the basis for calculating the team results. For the mens M35 masters team it worked in our favour. For the Novice B womens team it worked against them! Scoring on the mens team was James (7th), Graham (12th) and Stephen (13th). Also running on the master teams were Brian Harty (22nd), Chris Kelly (23rd), Donal Giltinan (29th), Oliver Smiddy (53rd), Mike Cremin (64th), Eric Meade (75th), Jens Waechter (92nd), Denis McCarthy (110th). Dan Mc Donnell also made his East Cork debut in the Novice B race and was 106th overall. Well done to all.

Norah having also ran on Saturday in Maynooth in the University road relays, showed her maturity by skipping the after party and made her way down for a crack at another title. Following her East Cork novice win last month she duly delivered again by winning the County Novice B title on Sunday. And to top it off Annelise also won the bronze medal with a huge sprint finish against Ashling Kennedy from the Barrs. The team also won bronze with Avril Crowley (13th) and Lavinia Swords (19th) completing the team. Niamh O'Connor was 15th overall and 6th F40.

National Seniors is on this Sunday in Santry. We are one short of a team in the Senior mens but all eyes will be on Tims individual run after his season to date. Frank O'Brien is making his East Cork debut and will be also eligible for the U23 competition. The Juniors mens race will be one to keep an eye on too, the other young gun Paul Hartnett will have eyes on a big result. Norah will also be looking for a good result in the Senior / U-23 womens race. 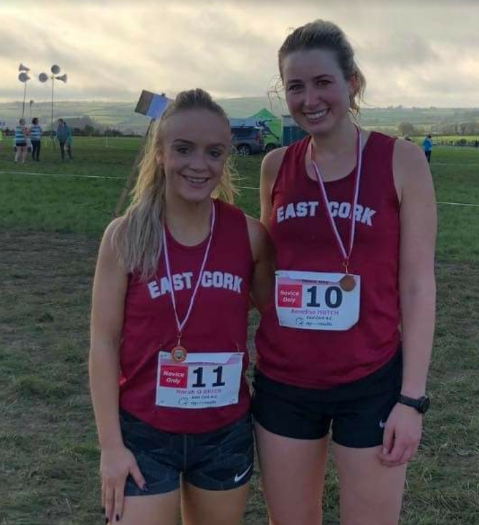 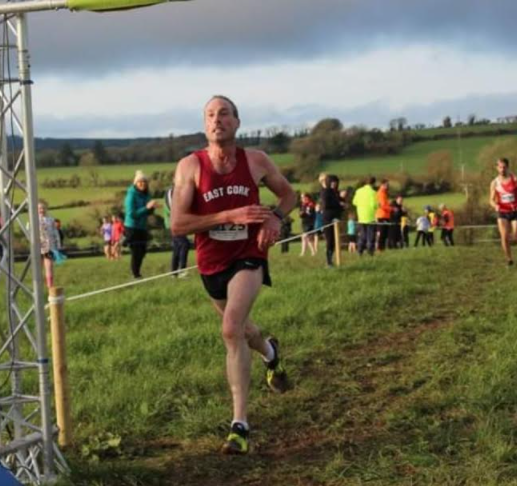 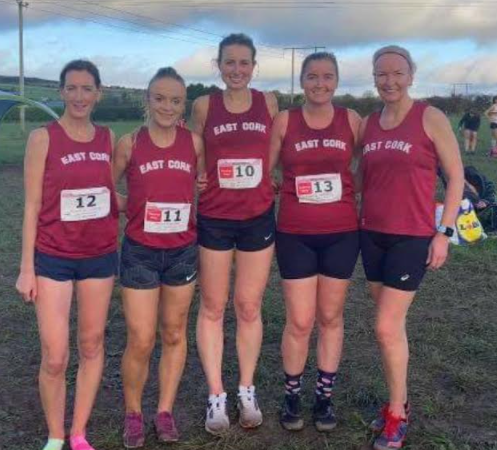 James and Denis have spent a lot of time and effort compiling results from Munster and National championships from the start of time (well 1986). It is very well put together and shows the success the club has had over the years. Thanks to both for this. It might be a trip down memory lane for some people or a source of inspiration to others!

There are one of two gaps that perhaps you might be able to help with. Mainly these are:

One wonders if we will have a junior mens or womens team compete again in the near future..

The file can be downloaded below and is also saved in the Club Records section. 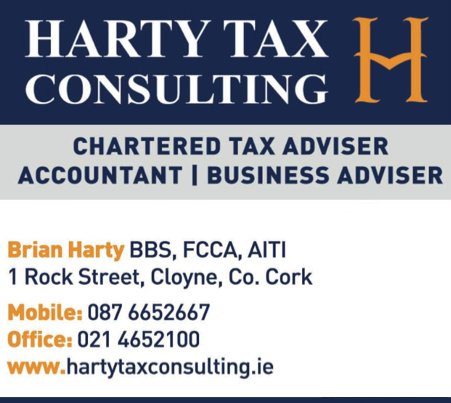